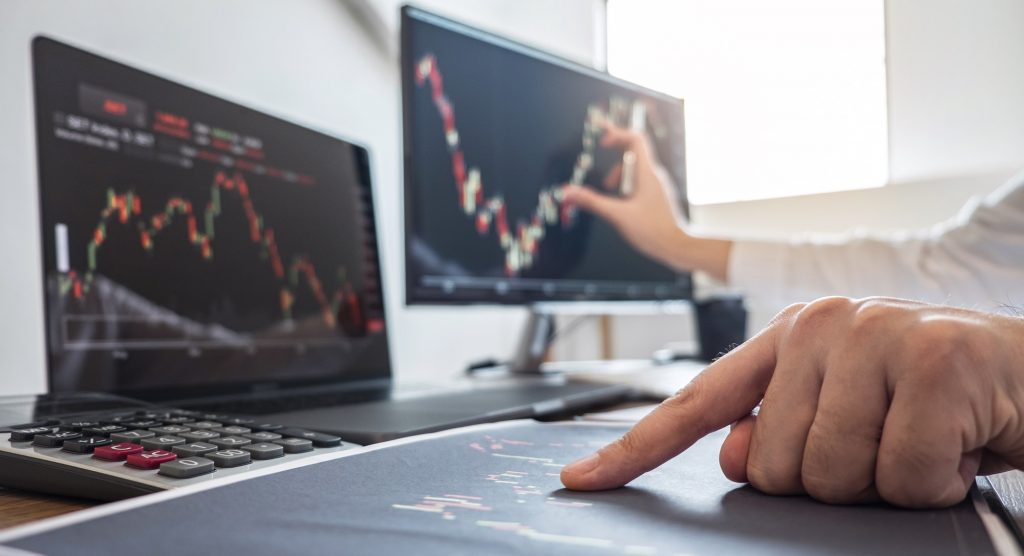 Microsoft’s shares went through USD 2 trillion in total value on 22 June, making it only the third company, after Apple and Saudi oil firm Aramco, to do so. Microsoft and Apple are brilliant companies which have created immense amounts of value for their customers and shareholders alike. They are each now worth more than the whole of the Australian stock market.  But which is the better long term prospect? If you had to choose between $1 mn of shares in MSFT or a $1 mn in AAPL which you had to hold for 30 years, then which would you choose?

Your answer to that question might be: I don’t know Sam. By definition the market values $1 million in their shares the same. Why would I substitute my opinion for the collective wisdom of the whole market? Well, that’s a good answer, but, imagine your job is to analyse and choose between stocks. Which would you choose? For me it is MSFT.

Back in the day MSFT and Apple went head-to-head, with the Windows-Intel PCs competing directly with Apple Macs in desktop computing. Then in the mid 1990s their strategies for value creation diverged greatly.

Apple made ‘mobility and convenience’ in computing and communications the problem that it would solve for its customers, who would be mostly households. MSFT chose ‘enterprise functionality’ for its mostly business customers as the core of its strategic positioning.

Apple always gave primacy to solving its customers’ mobility and convenience problems. That focus on the customer’s need for mobility, and not on a particular technology, explains why Apple was the only major laptop maker that made the jump to smart phones (IBM, Dell, HP, Compaq did not).

The focus on convenience gave the family of Apple products great ease of use and inter-operability. As competitors came in with cheaper solutions Apple moved up into premium product space, and added stylish cache to its value creation for customers.

MSFT’s enterprise functionality made it more and more dominant in the provision of the software platforms and tools for large organisations of every kind. The focus on the functionality of: Scalability, a large application developer community, backwards compatibility, collaboration, security and the like, trumped convenience.

Microsoft laments the fact that it didn’t take the ‘search’ opportunity that Google grew into, and other opportunity’s like mobile software. But missing those opportunities is the natural consequence of its focus on enterprise functionality. When it initially missed the cloud computing opportunity it deployed all its resources to secure a clear second position behind AWS (Amazon Web Services), because cloud computing became absolutely critical to enterprise functionality.

Obviously, the strategies of ‘mobility and convenience for households’ and ‘enterprise functionality’ have both been brilliantly successful. But, which has the brighter future?

Looking forwards, Apple’s strategy can be described in the language of the late and great strategy professor Clayton Christensen. It has three parts.

1. New market disruption: The development of products that open up whole new markets, by meeting customers’ needs (jobs-to-be-done) that have existed for a long time, but which no existing product has actually ‘nailed’. iPod’s, ipads, iphones, iwatches, airpods, etc. are all examples of new market disruption.

2.  Sustaining innovation: As competitors enter the new markets that Apple opens up with low-end competition, Apple moves up market with ongoing (sustaining) innovation to permanently own the high margin, high end part of the sector.

Apple has the product suite integration and the ‘purpose brand’ to match this strategy. It has been an incredible success. But can that success be repeated? Continued success relies on:

2.  Apple maintaining its ultra-high margins in its existing product markets in the face of immense competition; and

These all look problematic, especially growth predicated on continual disruptive innovation. I can’t think of a firm that has remained highly innovative over many decades as it has grown very large. The opposite is the norm.

The maintenance of high margins will also prove problematic. Apple’s $2.2 trillion market cap is underwritten by a huge installed base of iphone users paying very high margins. But can it hold onto those customers without giving up margin?

I might be under-estimating how much benefit customers get from the status and positive emotion that goes with the Apple brand. I could also be underestimating the value to customers of the integration across products that Apple provides.

But when I look at Apple’s business model I don’t see long term barriers to entry of competitors or high costs to customers of switching. Meaning that a stream of competitors will challenge Apple and customers will be able to switch to them unless margins come down.

The other tech giants, such as MSFT, Google, Amazon and Facebook all have barriers to entry that are driven by their overwhelming market share, natural monopoly and/or data advantages.

Microsoft’s strategy does not rely on remaining highly innovative as it grows. Its strategy relies on large switching costs and scale barriers to entry.

2.  Becoming deeply integrated into the processes and knowledge base of businesses to create very high costs of switching to competitors.

3.  Supporting a large developer community that creates software complementary to its platforms and software.

MSFT doesn’t need a cycle of blockbuster innovation. It needs to manage the complexity of rapidly developing and maintaining high level software solutions for corporate customers. The support it provides for IT departments of organisations and to the application developer community is both a barrier to entry and a high switching cost.

But which will endure for longer in value creation? MSFT’s strategy looks more durable and repeatable with high barriers to entry and switching costs. Apple’s strategy looks less robust in comparison with a danger of margin compression and the difficulty of finding new markets.