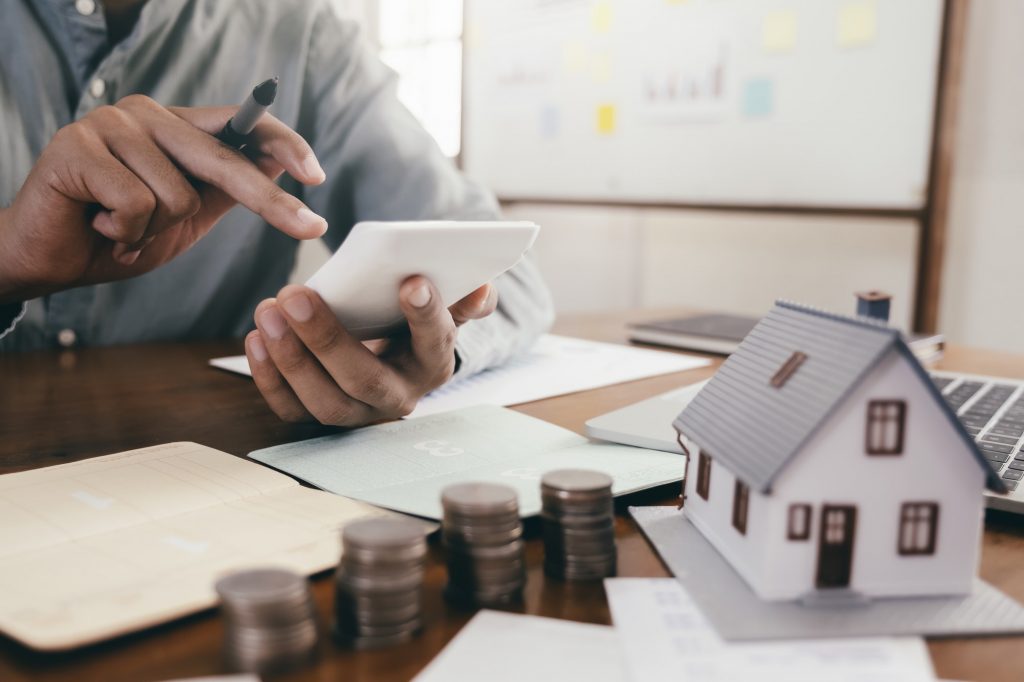 Breaking ground for new apartment towers continues apace in Sydney, and has actually accelerated in Melbourne.  Does that tell us that the inner-city property development boom goes on unabated – no, definitely not.  Melbourne residential property prices fell over 10 percent in the last year and approvals for new apartments are predicted (by the Master Builders Association) to fall 30 percent in the next 3 years.  So, what is going on

In some property markets development progresses evenly through time.  But other markets experience bursts of building, in cycles.  Those cyclical markets are prone to periods of sustained over-development where building continues, or even accelerates for a period, after demand and prices have already begun to decline.  This phenomenon was first explained by Stanford University economist Steve Grenadier as resulting from the strategic exercise of real options.

To bring out a key idea about options, let’s start with an example of a financial option (to buy BHP shares).  The key principle is that options should not be exercised early (before their maturity date) unless the benefits of early exercise have been identified and clearly outweigh the costs.  The example will set us up to discuss the early exercise of ‘real’ options in property development.
On 1 February shares of the mining company BHP were trading for $35.00.  Imagine that you wanted to invest in BHP shares but you are worried about ex-poste regret (after the fact regret).  If you don’t buy BHP shares and their price later soars, then you will kick yourself.  Alternatively, if you invest today and later the price plunges, then you will be equally upset.
If only you could delay the decision on whether to pay $35 for the shares until you see what the share price will be in a few months’ time. That is precisely what call options allow you to do – to choose between the cash ($35) and the share after uncertainty about what happens to the share price is resolved.
On 1 February, call options which allow their holder to buy one BHP share for $35.00 (the exercise price), at any time between now and 21 June (the maturity date), were trading for $2.07. Imagine that you bought 1000 options on 1 Feb for $2,070.
Why are the options worth $2.07? There is no intrinsic value in the option on 1 February; meaning that if you exercised the option you would be paying $35 (the exercise price) for a share worth $35. The $2.07 of value has two sources:
Optionality:  The value of the right to decide whether you want the cash or the share, after seeing what happens to the share price (up to 21 June) is called optionality. The more uncertainty there is over whether you will want the cash, or alternatively the share, then the more valuable is the right to decide after the resolution of uncertainty. That is, the value of optionality increases as uncertainty increases.
Time value of money:   It is better to delay payments. The option allows the $35 payment for the share to be delayed until 21 June.
Of the $2.07, optionality is worth $1.79 and the time value of money is worth $0.28 in this case (I used the Black-Scholes equation for that calculation).

Good news, a month later BHP shares have risen in price by $5 to $40.  Now the intrinsic value of each option is $5.  You could now exercise the options and immediately receive 1000 x ($40 – $35)  =  $5,000.  Should you exercise the options?  There is the danger that the BHP share price falls back and your option with it.  So, exercise now to book the $5k gain, right?
Wrong. As the BHP shares rose by $5, your call options rose in value from $2.07 to $5.64. Therefore, if you want to exit your option position you should sell the options, not exercise them. Exercising the options early will destroy ($5.64 – $5.00) x 1000 = $640 of value.
Note that when the share price rose by $5, the option price rose by only $3.57. This is mostly because the optionality fell in value. Now that the share price is so much higher, there is just less uncertainty about whether you will want the $35 or alternatively the share on 21 June. Less uncertainty means less optionality.
Exercising the options early destroys value for two reasons. First, the right to decide later (optionality) is lost if you decide today. Second, paying the $35 exercise price sooner rather than later (on 21 June) destroys value.
But what about dividends? The only way to get a dividend is to own the share. If there was a cut-off date before 21 June that you needed to exercise the option before in order to get a dividend (the ex-dividend date), then you would have to factor that into your early exercise calculation. If just before that cut-off date the value of the dividend exceeded the optionality plus the time value of money, then you would exercise early.
The point of this example is to demonstrate that an option should only be exercised early once all the pros and cons of early exercise have been weighed up. Moreover, the loss of optionality is an important reason for delaying early exercise.

Imagine now that your real estate development firm owns a parcel of land in central Melbourne, that you purchased for $35 million in late 2015. It took 18 months and $6.5 million to get the plans for your apartment development drawn up and then through the City’s development approval process. That process of securing approval for the project was expensive, but it resolved a lot of uncertainty which improved the value of your development site.
You have now paid $41.5 million to secure the option to develop the site. This is a ‘real’ option because the underlying asset is a real asset – an apartment tower; as opposed to the previous example of a financial option in which the underlying asset was a BHP share. The exercise price is the cost of building the apartment tower. The sources of uncertainty are: the price at which the apartments can be sold; financing costs; construction costs; and whether all the pre-sales of apartments will settle at completion of construction.
The avoidance of ex-poste regret, by making the choice on whether to build after the resolution of some uncertainty, is again a large part of the value of the option (the optionality). Your option has no natural maturity date, but you are aware that the market is cyclical and therefore if you don’t start construction before the end of the current building boom, then you many need to wait until the next cycle comes around.

Every month since approval was granted your team has weighed up whether it is better to break ground on the project immediately, or alternatively, to delay the project for another month.  The question each month is whether to either: exercise the option early (start building); or leave the option in place for at least one more month; or sell the option (the site) to another developer or investor.

Many factors come into this judgement on whether to build, delay or sell, but several factors are salient. The benefits of exercising the option are twofold. First, the benefit of ending the cost of financing the ownership of the site. Second, the need for an orderly succession of developments by your firm to keep assets and staff employed and to generate income as well as capital gains.
The cost of proceeding is the loss of optionality — the value of being able to decide whether to build after the resolution of some uncertainty about the future value of the resulting building. It is because these trade-offs usually fall in the favour of delay that there are so many perfectly suitable property development sites lying fallow in every large city.

The months go by, and each month you decide to delay the decision to build. However, by early 2018 the official data and anecdotal evidence begin pointing to an end to the development boom in Melbourne. Apartment prices are falling steeply, and apartment developers are seeking far fewer planning approvals.

Now you need to factor into your calculation the actions of other developers. Some developers can’t wait until the next cycle because their holding costs (financing costs) are high and they don’t want to sell their sites because the value of development properties have already fallen. The best way for them to realise value from their development sites is to build now.
Those decisions, to bring development forward in time, has an impact on all the other developers because it increases supply in this cycle, which in turn increases the length of time before that supply is absorbed and a new boom cycle can begin. Each developer who decides to break ground now lengthens the expected time to the next boom cycle.
Your build, wait or sell problem is now a strategic one, because you are factoring in the anticipated actions of other players. Anticipating a surge of building by other developers, at your next meeting you decide not to delay the project, but instead break ground on the project. Your project becomes a part of the acceleration in building that occurs at the end of the cycle.
The cascade ends when the over-development causes expected prices to fall to a point where it is better for developers to sell their sites to investors who have lower financing costs and more patient capital. That is, investors who can wait until the next cycle.

Options have a central role in strategy. Rapid changing technology, regulation and consumer preferences, creates a great deal of uncertainty for firms about future competition, opportunities and access to resources. The greater uncertainty increases the value of having strategic options – the ability to make choices about investments after some uncertainty has been resolved.

Firms need to put strategic options in place, but then the question of when to exercise those options presents itself. The strategic exercise of options, which takes into account the actions of competitors, is a very active area of research in strategy and finance. But it already explains a lot, including why building sometimes accelerates at the end of booms.