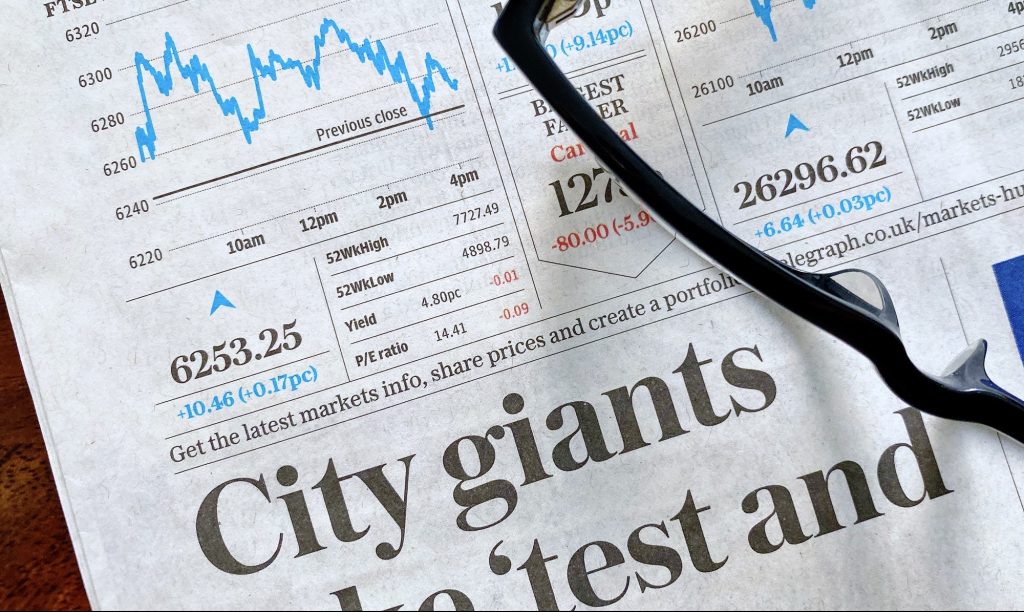 When a corporation buys back its own shares, then what happens to the share price? A classic finance fallacy is as follows. The share price will rise because the buyback reduces the number of shares among which the firm’s profits will be divided (true), which increases earnings per share (also true), which in turn will boost the share price (false). Even people who should know better get this wrong. The idea exhibits a misunderstanding of fundamental finance principles on three levels, as I will explain. Buy-backs create value for a variety of reasons; but not because they reduce dilution of earnings.

I will get to the reasons that buy-backs can create value for shareholders. But, let’s start with three separate (but connected) ways of seeing that simply driving up earnings per share (EPS) by reducing the number of shares on issue does not by itself create value.

Yes, other things equal, share buybacks increase earnings per share and therefore cash flows per share (dividends); however, the buyback also increases the riskiness of those cash flows. These two effects – cash flows that are larger, but also riskier — perfectly offset each other and the value of the asset (shares) is unchanged.

An analogy can make this clear. Think of the cash flows coming out of a firm as being like the flow of a river which has salty water. The salt in the river’s water is akin to the risk in a firm’s cash flows. The saltier the water, the less valuable it is per unit volume. Now, if desalinated water is taken from the river and sold to others, then what happens to the remaining water? It is obviously saltier and therefore less valuable per unit of volume. The salt doesn’t just disappear – it is concentrated in the remaining water.

The key here is to understand that buy-backs are generally financed by increasing the ‘net debt’ of the firm; where net debt is the firm’s debt minus any cash on the firm’s balance sheet that is surplus to operating requirements. Even a firm that has no debt and uses cash on its balance sheet to buy-back shares is increasing its net debt (to a less negative value of net debt). What about a firm that sells assets to finance the buy-back of shares – that is just the shrinking of the firm which neither increases cash flows per share nor the riskiness of cash flows.

An old story about the legendary NY Yankees baseball catcher Yogi Bera illustrates the essence of the Modigliani-Miller theorem. After a particularly tiring game for the Yankees, one day in the 1950s, Bera went to his favourite pizza shop in the Bronx . He told the shop owner that he was so hungry that the owner should cut his pizza into 8 pieces instead of the usual 6. That is obviously a dumb thing to say because the pizza ‘is what it is’. Slicing it up into a different number or shape of pieces doesn’t make it any more filling or nutritious.

This intuition, that replacing equity with debt, or vice-versa, is just slicing up the firm’s cash flows differently without creating value, is due to Franco Modigliani and Merton Miller, in their 1955 study. They won the Nobel Prize in Economics for the Modigliani-Miller Theorem which is one of the most powerful and widely applicable intuitions in all of finance. People who think that share buy-backs by themselves create value don’t have that key intuition.

Let me restate the MM intuition. In general, how the cash flows from an asset are sliced up and sold (as debt, shares or some hybrid of the two) doesn’t determine the total value of the cash flows, unless the changed division of cash flows solves a real economic problem.

In corporate investment terms we would say that the deal has a net present value (NPV) of zero. The value today (present value) of the cash flows that the property will deliver in the future is $10 million and that is what the company paid. To create value for shareholders, and therefore increase the share price, a firm has to find and implement positive NPV projects. Equivalently, we could say that the firm has to do for shareholders something that they cannot do for themselves.

Now imagine that a firm spends $10 million buying shares of the mining company BHP at $41.00 when those shares are selling for $41.00 per share on the Australian Securities Exchange (ASX). Again, it is a zero NPV project. No value is created for shareholders because shareholders can easily buy BHP shares for themselves at $41.00.

Next imagine that the firm spends $10 million of its shareholder’s money buying back its own shares for $20 per share when they are trading for $20 per share. How much value is created? It’s the same answer I am afraid. By itself, a buy-back of a firm’s shares at the market price does not create any value for shareholders – it is a zero NPV project.

Why do firm’s buy-back shares?

Firms do buy back their shares, and that does create value, so what types of real economic problems are solved by buy-backs?

Reducing tax: Firms can pay out cash to shareholders in the form of dividends or by buying back shares (or both). Dividends are taxed in the hands of shareholders as personal income, whereas share buy-backs are taxed as capital gains. Consequently, large buy-back programs are more common in countries (like the US) where capital gains tax rates are much lower than personal income tax rates.

Australia has lower capital gains taxes than personal income taxes, but we also have dividend imputation. Firms pay high dividends in Australia to get franking credits (aka dividend imputation credits) into the hands of shareholders. However, if a portion of the firm’s earnings are retained to grow the firm, instead of being paid out as dividends, then the franking credits associated with the retained earnings are ‘trapped’ inside the firm. Occasionally firms buy-back their shares using fully-franked special dividends for the purpose of getting these trapped franking credits out of the firm (by attaching them to the special dividends used to buy-back the shares).

Capital restructuring: Like all financial policy the leverage (debt/equity) of a firm should match: the strategy of the firm; the regulatory and tax regime; and the type of shareholders that the firm has. When those drivers of leverage change, then the optimal level of leverage changes, and the firm needs to restructure its financing.

For instance, the firm might put in place a growth strategy. Or, it might go from private ownership to public ownership. Or, corporate tax law might change substantially, just as it did recently in the US. If a firm needs to increase its debt to equity ratio to match its new circumstances then it will create value by raising new debt to buy back shares.

Dividend policy: Some firms have a ‘progressive dividend policy’ which increases dividends at a constant rate from year to year. These firms seek to create the perception in the market that ‘g’ (the rate of growth of their dividends) is large and permanent. They are conscious of the fact that share prices are highly sensitive to perceptions of ‘g’.

There are certainly good reasons for firms to buy back their shares. But the idea that increasing earnings per share, by itself, increases shareholder value is a widespread fallacy that exhibits very poor understanding of corporate finance.