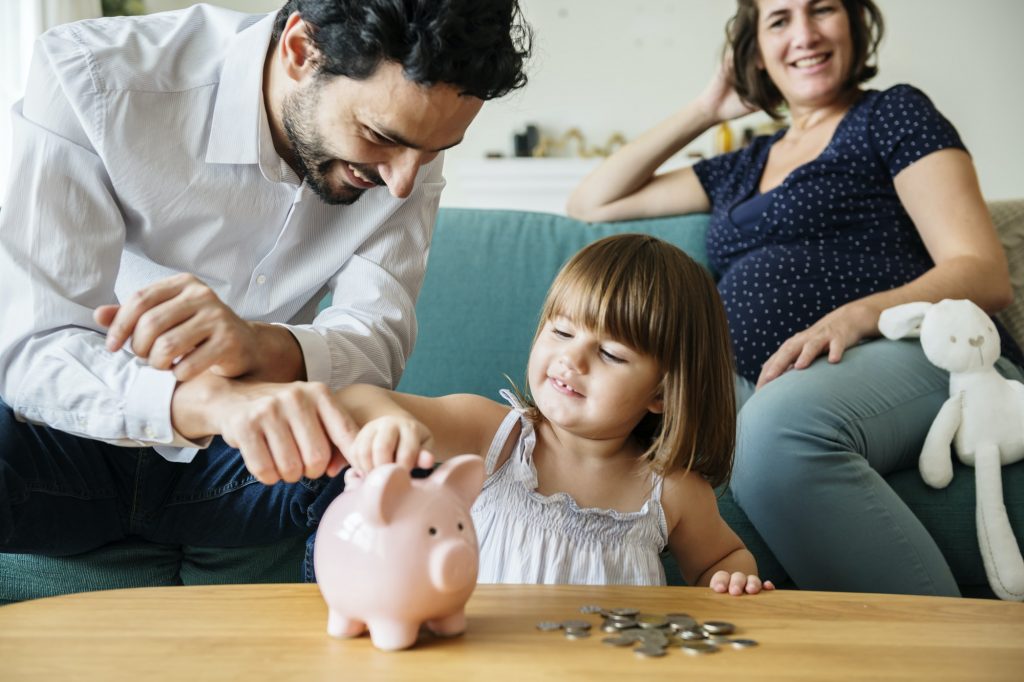 About  450,000 affluent Australian families hold their investments in some combination of superannuation, family trusts and direct ownership of negatively geared property.  But over the last year, changes in tax rules and changes in property market conditions have shifted the relative benefits of these arrangements.  Family trusts have been made comparatively more attractive. Investors should consider whether their ‘structuring’ and tax planning is still optimal.

A lot has changed recently in terms of the relative merits of super v family trusts v negative gearing.  This article uses an example to focus on just one part of the overall picture:  how the reduction in the income tax for small corporations from 30% to 25%, will make the accumulation of wealth through family trusts more tax effective.
In the example a couple with children are able to accumulate wealth in their family trust at an effective tax rate of only 13.5% on their investment income.  However, when the income tax on small corporations falls from 30% to 25%, as it is legislated to do, the same family trust strategy will accumulate wealth at effective tax rate of only 11.3%.
The example follows.  But first, a reminder that this newsletter is commentary and education, and not financial advice.  Proper ‘structuring’ of the ownership of assets and streaming of the cash flows from those assets through trusts, corporations, partnerships or direct ownership is a crucial part of wealth management.  You need advice on structuring and tax planning and your accountant is the person to speak to.  This article helps you have that conversation at a higher level.

A family trust with a corporate beneficiary

Mei Li and Jack Houston are a professional couple with high incomes, who have young children, aged 2, 4 and 6 years.  They recently sold an apartment that they bought a few years ago, and now the couple decide to use the $200,000 net proceeds from the sale to establish a family trust.
The Houston Family Trust will has two purposes.  The first and main purpose is to accumulate family wealth in a low tax environment.  The second is asset protection (from law suits, creditors in bankruptcy, and some family situations).
After the trust is ‘settled’ (brought into existence) the couple make a gift of the $200k to the Trust.  They might instead have loaned the money to the Trust.  The $200k is then invested in high income assets, such as high yielding shares or commercial property.  The couple resolve to make further gifts of $20k, at the beginning of each successive year, from their after tax income.
Six beneficiaries of the trust are named in the trust deed: Mei Li, Jack, each of their three children and a corporation (the corporate beneficiary).

Let’s imagine that the pre-tax return on the trust assets is 6.5% per year after adjusting for inflation.  Obviously, income will fluctuate from year to year, and equally obviously there will be capital gains or losses on the assets, but I want to keep our example simple to bring out a few points.  So, a 6.5% real return before tax, received entirely as income, with no capital gain.
At the end of each year the annual income from the trust’s assets must be distibuted to the beneficiaries of the trust.  It won’t be distributed to Mei Li or Jack because they already pay income tax at the highest rate.  And, it can’t be distributed to the children (without incurring top rate income tax) until the children turn 18 years.  So, in the first 12 years of the trust’s existence (until their eldest child turns 18) all of the income is distributed to the corporate beneficiary.
The left hand side of the diagram below shows the role of the corporate beneficiary in accumulating distributions from the trust until the children are ready to receive distributions.  Each year the corporate beneficiary (CB) receives the trust income and pays corporate tax on that income.  The payment of corporate tax creates credits for corporate tax paid (called franking credits).
At the end of the first year there is $200,000 x 0.065 = $13,000 of trust income which is distributed to the CB (corporate beneficiary).  The CB then pays $13,000 x 0.30  =  $3,900 of corporate income tax.  The remaining $9,100 is loaned to the trust.  The CB then has assets of $9,100 (the loan) and $3,900 of franking credits.
At the end of the second year the CB will again receive all of the income generated by the assets of the trust, but this time in two parts.  First, as interest on the loan, and then the remainder as a simple distribution of income.   The CB will again pay corporate income tax at the 30% rate and again loan its after tax income to the Trust.
And so it goes.  12 summers and 12 winters come and go.  The children’s cartwheels on the backyard lawn turn to car wheels in the driveway, and now the eldest child is 18 years (borrowing from Joni Mitchell’s song The Circle Game).  The Family Trust is now ready to move from accumulation to the distribution phase.

Figure 2:  The cash flows in the accumulation and distribution phases

At the end of the distribution phase the Trust has existed for 22 years.  The accumulated value in the Trust is $1.38 million of which $620k is the gifts from couple and $760k is the investment returns after tax.  The Trust is now reset in the sense that the balance in the CB is zero and the tax credits are zero.
The couple can do whatever they choose with the $1.38 million.  They could take it out of the Trust and pay it into their superannuation (at $100k each per year).  Or, they could gift it to the children to launch them in the property market.  Or, they could leave it in the trust and start accumulating again through the CB.  Or, they could just spend it on a new house, holidays, or whatever.
How should we think about the tax effectiveness of using the family trust?  The $620k of gifts compounded into the final value of $1.38 million at an annual rate of 5.62%, which is the after-tax return on the assets.  The before tax return is 6.50% and the after tax return is 5.62%;  therefore, the effective tax rate of this strategy is 13.5%.  That is pretty good.  It is less that the 15% income tax rate in superannuation during the accumulation phase.
Why is the effective tax rate so low?  Because the income is stored in the CB until it can be retrieved and cycled through the children’s income.  When the children receive distributions of $37,000 they only pay $3867 in income tax, which is an average tax rate of 10.5%.
But if the children pay all the tax (the CB’s tax is all retrieved), then why isn’t the effective tax rate of the strategy 10.5% instead of 13.5%?   Because, yes it is true that all the taxes paid by the CB are retrieved from the ATO and distributed to the children, but while the ATO has the CB’s tax the ATO is effectively receiving a zero interest loan from the Trust.  The ATO does not receive a loan in a legal sense, but that is how we should think of it economically.  The taxes go to the ATO but are only returned after a period of time, and that raises the effective tax rate of the strategy.

Effect of corporate tax falling from 30% to 25%

The tax planning of our couple might encompass many other things, including wills and estate planning, or the ownership of a business, for instance.  I am not trying to cover everything here, but instead discuss how recent changes to corporate tax rates for small corporations will make family trust arrangements more tax efficient.